The Swab Barcelona contemporary art fair opened its 15th edition with more than 70 national and international art galleries. This year, a commitment has been made to painting and to young and emerging talent, with initiatives such as Swab Emerging, or MYFAF, proposals sponsored by the fair to exhibit there. As explained by the artistic director of the contest, Carolina Diez in the bonart magazine , "it is a very special edition. It is the first edition that we could call a post-pandemic reality and this can be seen above all with the enthusiasm for the gallerists, the artists and all the that make up the fair. Being able to come in normal conditions and this is also noticeable in the artistic proposals." Swab "intends to help young galleries get started at international fairs, offering itself as a gateway". As detailed by Diez, in statements to Bonart magazine, the fair revolves around the "interpretation of post-pandemic reality", where the artists have brought works of surrealist or futuristic style with which they want to imagine this future after the covid and where "the proposals talk about new scenarios, how artists have imagined these realities and alien creatures, like the future". 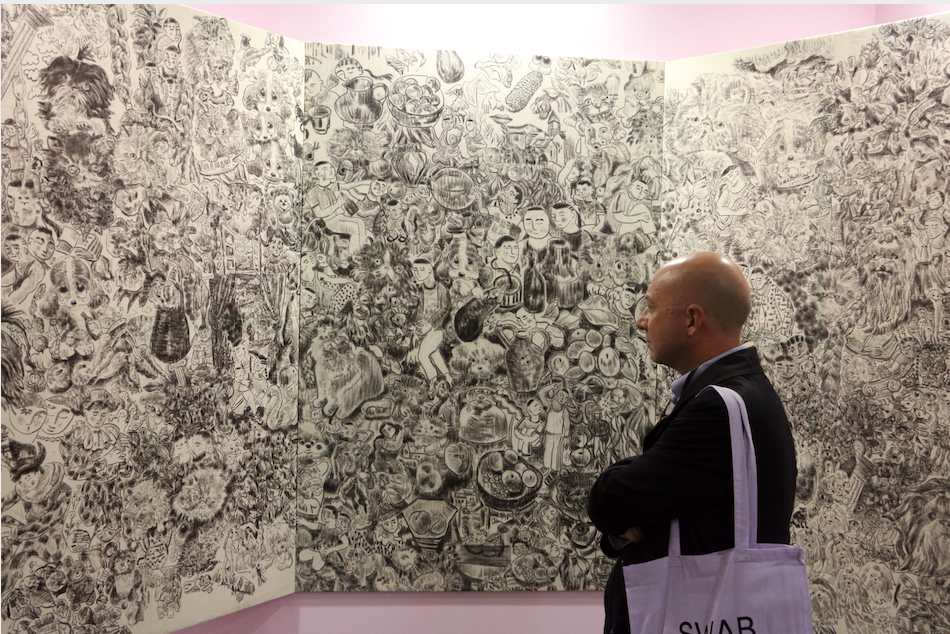 An international fair with great attention to detail

The XV edition of Swab Barcelona has, aside from the international galleries included in the general program, a special attention to the sensitivities of different parts of the world. For example, within the framework of the Video Box, in collaboration with Y.esContemporary, the panel New Territories: El Salvador will be held, which "seeks to give a voice to these areas where access to fairs is more difficult ", they explained in a statement.

On the other hand, the fair proposes a special geographically localized program that this 2022 puts the spotlight on the Mediterranean, with works from galleries in the region such as Mixer (Istanbul), rhizome (Algeria), SANATORIUM (Istanbul). Lately, the fair has also invited several galleries from the Middle East region such as O Gallery (Iran).

The director of the fair, Joaquín Diez, has stated that "this year they are particularly happy with the return of the Asian galleries, which two years ago had not been able to be present due to the restrictions of the pandemic".

The Swab Barcelona for young people

Aside from the Swab Emergint program, this year's fair will be even more committed to young talent, with Swab Seed, the most experimental section of the fair, which includes works with formats that escape the traditional concept of the gallery. Among the international participants in this category are DUPLEX (Lisbon), Hiyacinth (New York) or Lí Gallery (Shanghai).

MYFAF (My First Art Fair), for its part, will give space to three young art galleries that have never participated in an international fair, funded by Swab, with the aim of promoting emerging talent. This year's participating galleries are Armènia Studio (Milan), Galerie Kokanas (Marseille) and LOPo LorenzelliProjects (Milan).

Contests / Port of the Jungle