After the approval by the Council of Ministers at the session of July 26 and the signing of the sales contract that took place on July 27 in Heras (Cantabria) by the director of the Reina Sofia Museum, Manuel Borja -Villel, and the collector José María Lafuente, the funds of the Lafuente Archive become the property of the Spanish State. The amount of the purchase, including VAT, is 29,795,045.21 euros, which will be paid in eleven annual installments (until 2032).

It is a collection of modern and contemporary European art collections - with a special focus on Spain -, Latin American and North American, which brings together more than 130,000 pieces including books, magazines, manifesto posters, manuscripts, sketches , collages, letters, photographs, artist books, audiovisuals, as well as paintings, sculptures and graphic works. It currently constitutes one of the most complete and exhaustive artistic collections in the world, which now completes those of Reina Sofia. The Archive will be housed in the near future in the building of the former Bank of Spain in Santander, which is being remodeled to become the Museum's associated headquarters. 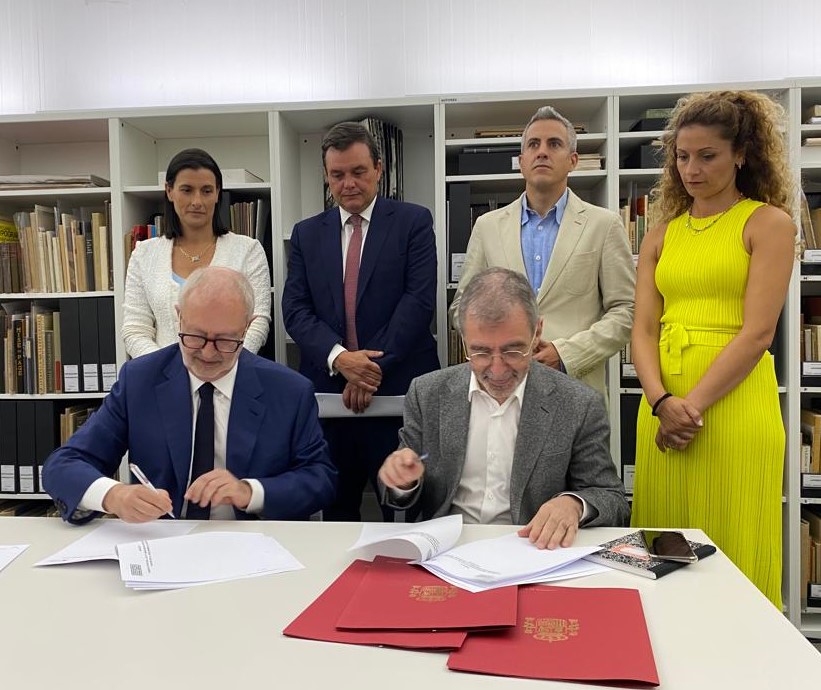 The germ of the Lafuente Archive dates back to the 1980s, when businessman José María Lafuente (Lugo, 1957) started an art collection that would grow with the addition of works by Spanish painters and sculptors , to which some pieces by international artists were gradually added.

In 2003, the acquisition of the documentary legacies of two people of relevance in the Spanish cultural scene of the second half of the 20th century was decisive: Miguel Logroño (1937-2009), art critic of the newspaper Madrid, of Cambio 16 and founder of the Salón de los Dieciséis, and Pablo Beltrán de Heredia (1917-2009), publisher and university professor and one of the promoters of the Altamira School. From there, his interest in recovering archives and art collections from the 20th century that were difficult to access and locate grew and his activity as a collector would become professional ten years later, in October 2014, with the creation of the Lafuente Archive, a company integrated into the Lafuente Group, whose ownership he shares with his sister Manuela Lafuente.

ESPAI 13 RESUMES ITS ACTIVITY WITH THE CYCLE SALT I IMMERSIÓ, CURATED BY PERE LLOBERA

CONXITA OLIVER: "LINKING ART TO THE TERRITORY IS A KEY TASK"

Exhibitions / Saint Margaret and the Monks